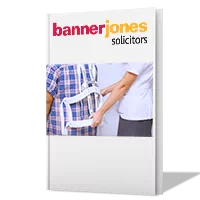 Our client underwent numerous operations and we were able to arrange extensive rehabilitation under the Rehabilitation Code from a physio, respiratory physio, speech physio and a psychologist. The claim proceeded against the two defendants who both denied liability. Expert evidence was gathered from specialists in the field of Orthopaedic Surgery, Psychiatry, Respiratory medicine and Neurology. Site inspections were also carried out at the yard and disclosure sought from the Health and Safety Executive and the Chesterfield Magistrates Court. Just before trial a very favourable split of liability was negotiated on the client’s behalf and the client received £145,000.

Our client sustained severe injuries as a cyclist involved in a collision with a car. They suffered multiple injuries including a left sided hemothorax with plural effusion and lung collapse, a left hemidiaphragmatic rupture with splenic flexure, multiple left sided rib fractures, an unstable burst fracture of the L5 vertebra of the spine and multiple spinous process fractures. The client suffered a head injury, shock and psychological injury. Although liability has been admitted, there has been significant dispute with regard to the cause of the accident and how much the claim should be worth. In particular, the Defendants are seeking to argue that the client has sustained no significant loss of future earnings. Our client however, works in a highly paid niche sector which relies fundamentally upon their physical fitness and therefore the client is pursuing a significant claim for past loss of earnings, future lost earnings with an additional claim for handicap on the open labour market.

The client sustained a significant head injury in a car accident which has left them with a change of personality. In addition they also sustained a fracture of the fourth cervical vertebra of the spine and also a fracture to the 5th left rib and left pneumothorax. The client suffered extremely serious comminuted fractures to both legs. The client underwent a long period of inpatient stay and has undergone a number of operations to their legs. There are risks that further operative intervention will be required including one or more total knee replacements. Expert reports were required from a Consultant Orthopaedic Surgeon, a Consultant Neurosurgeon and a Consultant Physician, a Consultant Neuropsychologist and a Consultant Neuroradiologist in order to support the claim.

Simon Wright’s experience and expertise in complex cases allowed him to quickly understand the extent of the client’s injuries and select the appropriate medical experts to carry out the investigations. He was able to put in place a course of rehabilitation treatment to assist with their recovery under the rehabilitation code. Simon visited the client at home in the early stages and was able to obtain an interim payment to ensure that the client was able to meet their daily living needs, in a situation where they were, for many months, unable to work. Simon was able to collate supporting witness evidence in respect of the claim for future lost earnings, to support a claim where on the face of it, there was little if any loss of earnings being sustained. Overall Simon’s conduct of the case lead to a £300,000 settlement which was probably in excess of the sum which may have been anticipated had the matter proceeded to trial.