What is a Lasting Power of Attorney?

What is a Lasting Power of Attorney?

A Lasting Power of Attorney or LPA as they are often referred to is a legal document that specifies the person (or people) that you (the donor) trust to make financial and welfare decisions on your behalf, in the event that you are incapable of doing so.

You may also have heard of Enduring Powers of Attorney (EPAs), which were replaced by Lasting Powers of Attorney (LPAs) in 2007.   You can no longer make an EPA, however, if you made an EPA before October 1 2007 and it was correctly filled in, it is still valid.  An EPA, which is strictly limited to financial affairs can be used before the donor loses capacity, and at that point it will require registration. Bear in mind though that there may be a gap pending registration where no one has control.

When should I think about making an LPA and to whom should I give control?

An LPA can only be created when your mental capacity is sound, so more often than not people create LPAs in later life when there is a higher chance of mental capacity being lost through dementia for example.  However, mental capacity can be lost at any age as a result of say, an accident, so we would also advise anyone with complex financial affairs to have one as well.

We would generally advise that you choose more than one attorney and most importantly, choose a person/people that you trust.  Each of them would have to act as a signatory on all decisions. Recently there has been several reported cases of Elder Abuse whereby people have abused their powers as attorney and have effectively stolen the money entrusted to them.   If for any reason you are unsure of who to select then you can also choose a professional attorney such as a solicitor to act on your behalf which may help to remove any doubt.

Why should I give someone Power of Attorney over my health and financial affairs?

There are two types of LPAs: one covering finances and property, and the other covering health and welfare. A property and finances LPA allows your attorney to manage payments from your bank accounts and action the sale of any property for example, whereas the health and welfare LPA allows them to make important decisions regarding your health, such as whether an operation should take place and what care you may require.  You must have both in place if you wish both your financial and health affairs to be taken care of.

When does an LPA come into force?

An LPA only comes into force when it is registered with the Office of Public Guardian.  Some people choose to set up their LPAs but not register them, but we would advise you register them straight away as registration can take several weeks.  This helps to avoid any delays should they be required sooner that you think.  If you have a property & finance LPA then it can be used before capacity is lost, but don’t worry the attorney has to carry out your instructions so you retain control. The health & welfare LPA however only comes into force when it has been medically confirmed that your capacity has been lost.

What happens if I don’t have an LPA in place?

If you lose the capacity to make your own decisions and you don’t have a valid LPA in place, then someone will need to apply to the Court of Protection to have a Deputy appointed instead. Something to bear in mind is that the Court decides who the Deputy will be, unlike the LPA process where you have that choice.  Getting a Deputy appointed can take several months, during which your accounts may be frozen, resulting in a lot of stress for everyone involved. This process is much more costly than writing LPAs, as the application fee alone to become a Deputy is £385. A Deputy has a similar role to the trusted person under a Power of Attorney, although the Deputy will also have the additional burden of a recurring annual fee and having to provide regular accounting reports to the Court of Protection. 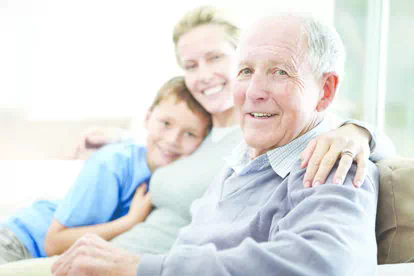 Services For You & Your Family, Wills
Time to Have That Talk

You might feel uncomfortable about raising the subject of wills, but it is much easier when everything is discussed in a frank and friendly manner.

You will have seen lots of articles recommending that you plan for death by writing a will, but what happens if you become unable to make decisions for yourself whilst you are alive; either through illness or accident? Who will make decisions on your behalf and how will your finances be run?