Just how binding are Pre-nuptial Agreements in the British Courts? Well a ruling of the High Court on a French ‘pre-nuptial agreement’ pretty much spells it out.

The case involved a wealthy French couple who married in France in 1994, having entered into a pre-nuptial agreement. The couple moved to London and sometime later got divorced, during which the split of the family assets (which amounted to £15 million) needed to be decided, and that’s where the arguing started, according to Kelly Parks Head of Family Law at Banner Jones Solicitors: " The wife claimed that the pre-nup should be ignored and the assets should be shared equally, with a maintenance agreement for £40,000 per year for each of their three children. The husband argued that the assets should be split according to the terms of the pre-nuptial agreement, with a smaller maintenance payment.”

The court ruled that the pre-nuptial agreement should be relied upon and that the assets should be divided so as to give the wife a fund of £2.2 million (sufficient to provide maintenance of £100,000 per annum for life), together with the assets she had introduced to the marriage and an additional sum of approximately £4 million to fund the purchase of a property for her to live in. Kelly comments: “According to the judgement in this case, whilst pre-nups are not strictly binding, the courts will place a lot of reliance on them.”

If you feel you may need advice on a family matter, please contact Banner Jones Solicitors for advise you can trust.

Coronavirus, Divorce
Tips for Surviving the festive season and beyond when separated

We know that going through a divorce or separation can be stressful at the best of times, but over the festive season emotions can run very high, especially when there are children involved.

Pensions are often seen as a bit of a mystery, with many people not realising their true value, but in reality, your pension is probably one of your most valuable assets. It is usually the second largest asset in the marriage after the matrimonial home.  During a divorce or the dissolution of a civil partnership, the value of your pension assets will have to be taken into account as part of the financial settlement process. 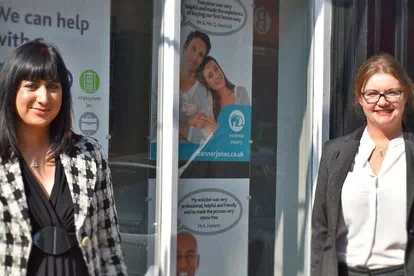